Book and Baby Historian, frolicking through archives. Panics when low on chocolate rations. Will embarrass self in any social situation to point out or pet other people's dogs. Habitual stumbler, peppermint tea drinker. People watcher, pizza slayer.

What Did Jane Austen Think About Pregnancy? | Pt 2.1

In part one of this series, I covered the reproductive history and childcare strategies of Jane Austen’s parents. In this part, I will show that Jane’s attitudes about marriage were shaped– not by her desire to become a published author– but by her observations of motherhood, particularly the physiological and […]

“An Address to Pregnant Females” 1810 | Read Along 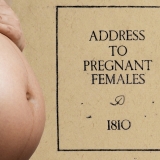 Check out An Address to Pregnant Women at the Wellcome Collection

“An Essay Upon Nursing” 1748 | Primary Source Read Along 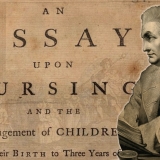 I am still working on part two of the Jane Austen series so I thought this week I would do a read along video for one of the primary sources I used for part one. This is William Cadogan’s letter to the governors of the Foundling Hospital in London, published […]

“White Blood: A history of human milk– How babies have been fed from antiquity to modern times and why it matters” by Lawrence Trevelyan Weaver, comes out July 30, 2021.

This is the first of a two parter exploring the life and times of Jane Austen with relation to pregnancy birth and mothering. In this series I combine the popular culture, scientific developments and politics, along with the family’s letters and Jane’s novels to gain a better understanding of what […] 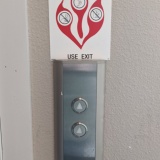 Back in April, I posted on Patreon about my upcoming move. Well, it got delayed by a couple weeks and I just now got mostly moved in to my new place. I’m working on setting up a new work space and so far it seems like the new place will […]

Have you ever seen the cult classic Harold and Maud? How about Rosemary’s Baby? Well, then you’ve seen Ruth Gordon! What does she have to do with baby history? Well, it’s not about the spawn of Satan but its still pretty evil. Ruth Gordon was born in Massachusetts in 1896 […]

Are Diaper Commercials Pornographic?! | Women Against Pornography Accused Huggies in 1985